Roots are necessary for plants to take up water and soil nutrients; they also protect soil from erosion and store atmospheric carbon in the soil. However, they are difficult to study because of their entanglement with the soil matrix, and were long thought to be mirrored by the aboveground parts of plant. As such, tall plants should have deep root systems, and fast-growing leaves should be associated with fast-growing roots. Though these relationships between above- and belowground exist to a certain extent, recent advances indicate that there is also decoupling due to different evolutionary pressures within the two compartments. We still know little about the role of roots in the functioning of ecosystems, or how the environment and soil fertility select particular root systems. What the root characteristics (not traits) of common and invasive species are compared to rare species is also unknown.

In this project, we try to understand how root traits of grassland plants vary according to the environment in German grassland and how they influence the commonness of plants.

We grew 242 grassland species in individual pots in controlled conditions to measure root traits related to their morphology, anatomy, rooting depth, and colonisation by mycorrhiza. We then relate these quantitative characteristics to other biological parameters in databases to find associations between root characteristics and biodiversity patterns. 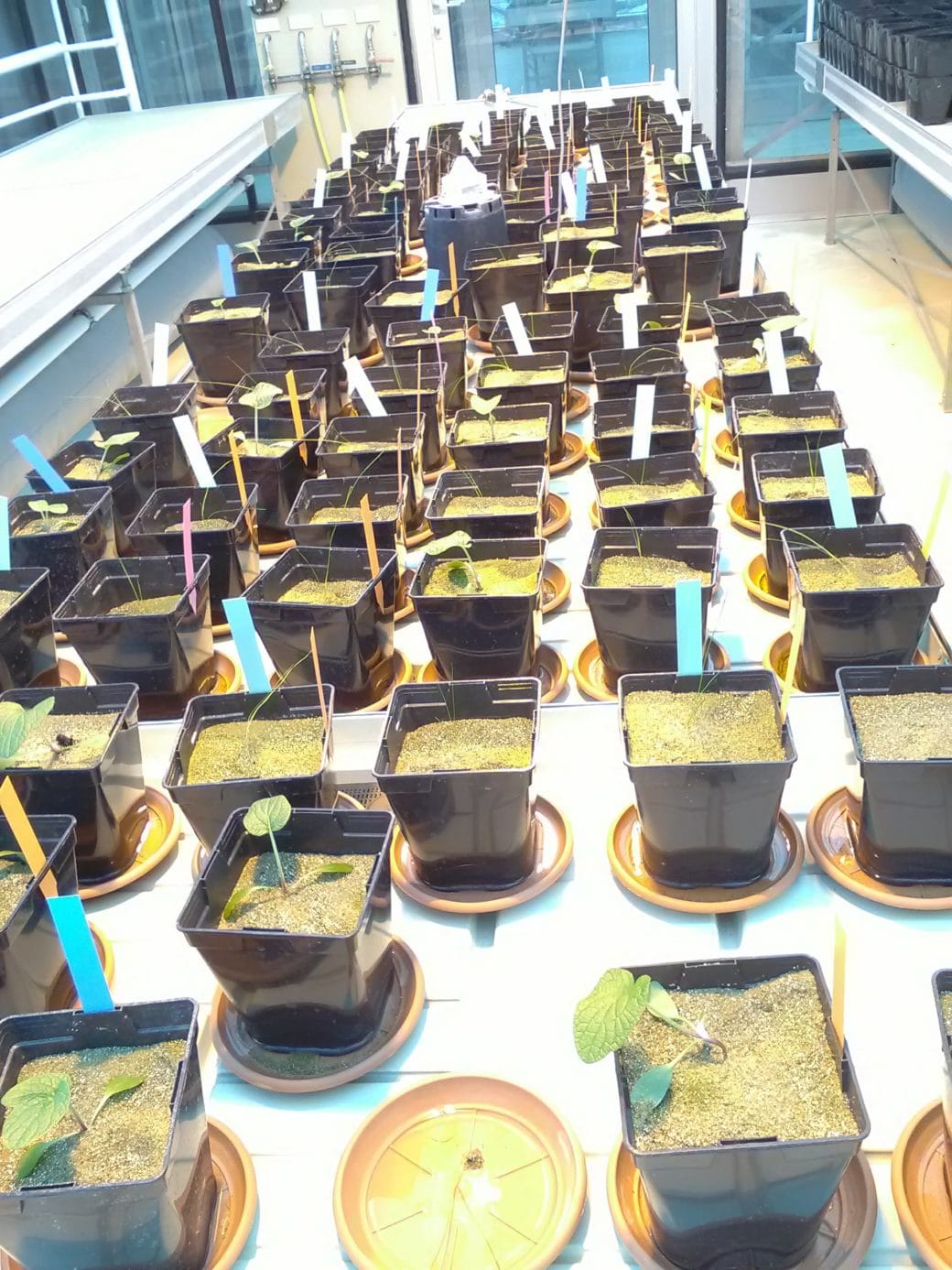 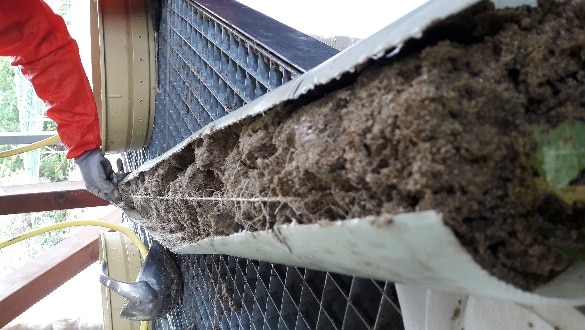 Determination of the rooting depth 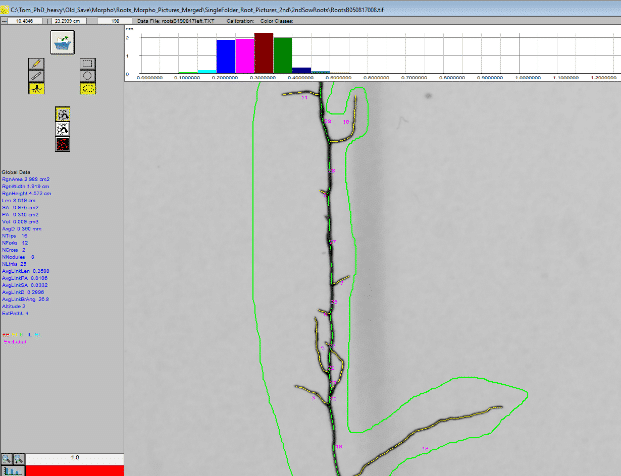 Image analysis of a root system with WinRHIZO ®

Results: Species success (in prep.)
We tested whether root traits are different between common and rare species at different spatial scales. We found that species with a large geographic range, whether naturalised or not, have a lower root tissue density and a deeper rooting depth than those with a restricted range. Species able to form large populations in grasslands also had a lower root tissue density than those growing more sparsely.

Results: Root hairs and symbiotic relationships (in prep.)
We studied the root hairs of the plants – a specific morphological root structure for nutrient uptake rarely measured on large species sets until now. We found that the construction of root hairs is strongly related to the evolutionary history of the plant species. Furthermore, we could show that plants face a trade-off between either investing in their root hairs for nutrient uptake or in the establishment of a symbiotic relationship – the mycorrhizal symbiosis.

Results: Environmental drivers (in prep.)
We tested how the various land-use and soil conditions experienced by the plants in German grasslands are selecting for different types of root systems which could be more adapted to the local conditions. More specifically, we looked at if the more fertile soils are associated with species having thin roots with low tissue density, allowing to explore more soil volume and exploit soil resources. Though rough estimators of soil fertility such as pH and the amount of fertiliser applied by the farmers were overall associated with plants with these thin, low tissue density roots, the type of nutrient available (Nitrogen or Phosphorus) and their form (Ammonium or Nitrate) had contrasting effects.

In a world where climate and agricultural changes are affecting soils and plants at an unprecedented rate, this project will increase our understanding of belowground functioning in ecosystems.