Here you will find all the latest news from the Exploratories with links to read on. 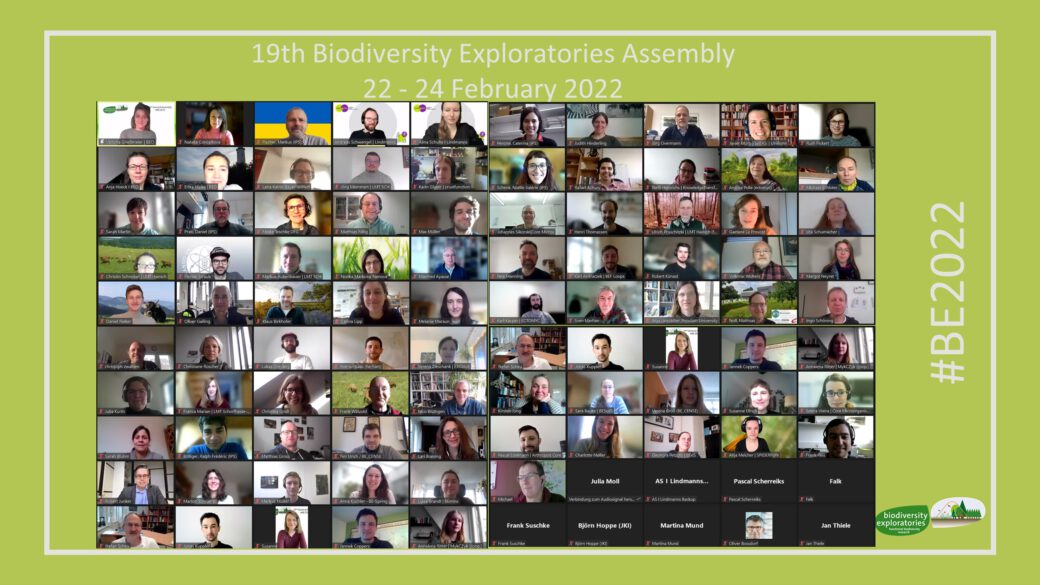 Last Thursday, our 19th Biodiversity Exploratories Assembly ended. It was three long, but also interesting and exchange-filled days packed with project presentations, scientific discussions and informative keynote presentations. Even though everything went well and we were happy about every single participant and contribution, we also understand that online conferences are exhausting and face-to-face exchange is hampered. Therefore, we keep our fingers crossed that hopefully next year in week 8 (21.02-24.02.23) we will be able to exchange in person again (probably […]

DFG Call for the next phase of the Biodiversity Exploratories published

On Dec. 15, 2021, the DFG published the call for proposals for the upcoming phase (2023-2026) of the Biodiversity Exploratories. The call can be found on the DFG website under "Informationen für die Wissenschaft Nr. 114". We have also summarized the most important dates as well as the pdf of the call again under "Participation" and "Dates".

240 researchers and practitioners came together virtually and on site in the Swabian Alb biosphere region to exchange ideas on basic principles, developments and sustainable solutions for the protection of biodiversity. Current findings on the decline of biodiversity highlight an acute need for action and call for an interdisciplinary exchange between scientists, regional decision-makers and other stakeholders. This exchange was promoted by the research platform "Biodiversity Exploratories" funded by the German Research Foundation, in particular the Institute for Evolutionary Ecology […] 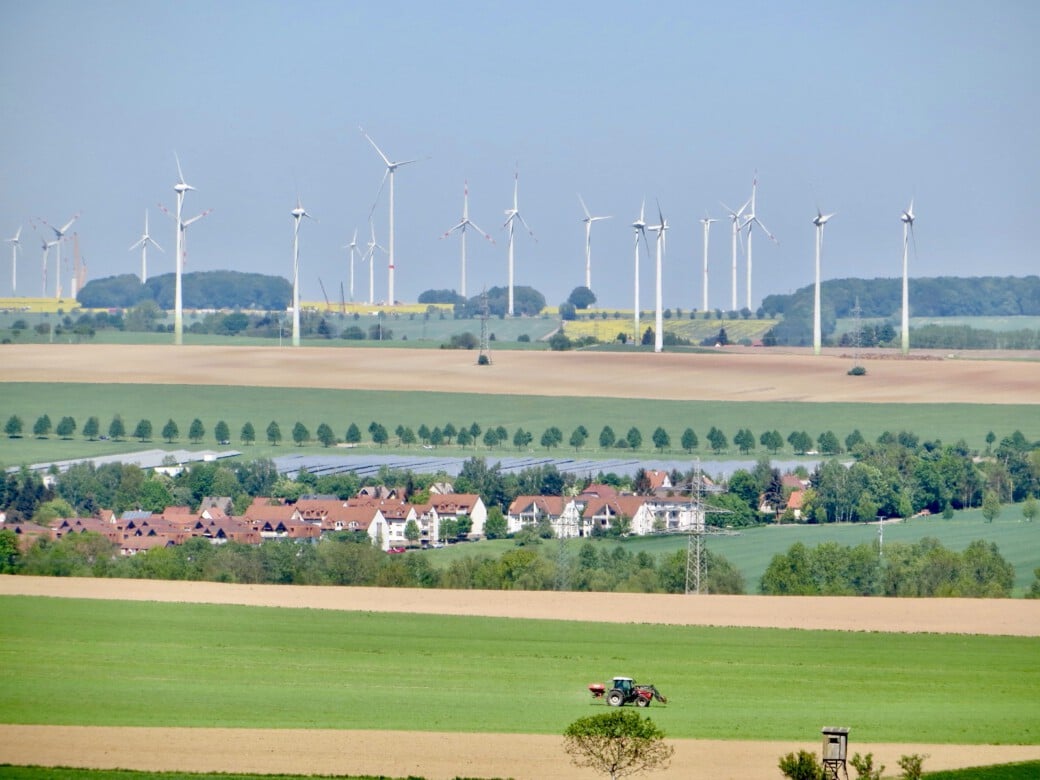 Explorers of the project "BEF-Up" and scientists of the Senckenberg Biodiversity and Climate Research Centre Frankfurt recently published a study in the journal "People and Nature" with the title: "Cultural worldviews consistently explain bundles of ecosystem service prioritisation across rural Germany". Therefore, 321 people from the exploratories were surveyed about their worldviews, but also about their ecosystem service prioritisation (e.g. food production, an aesthetic landscape). As a result, so-called 'worldview types' could be identified, who prioritise certain ecosystem services, but […] 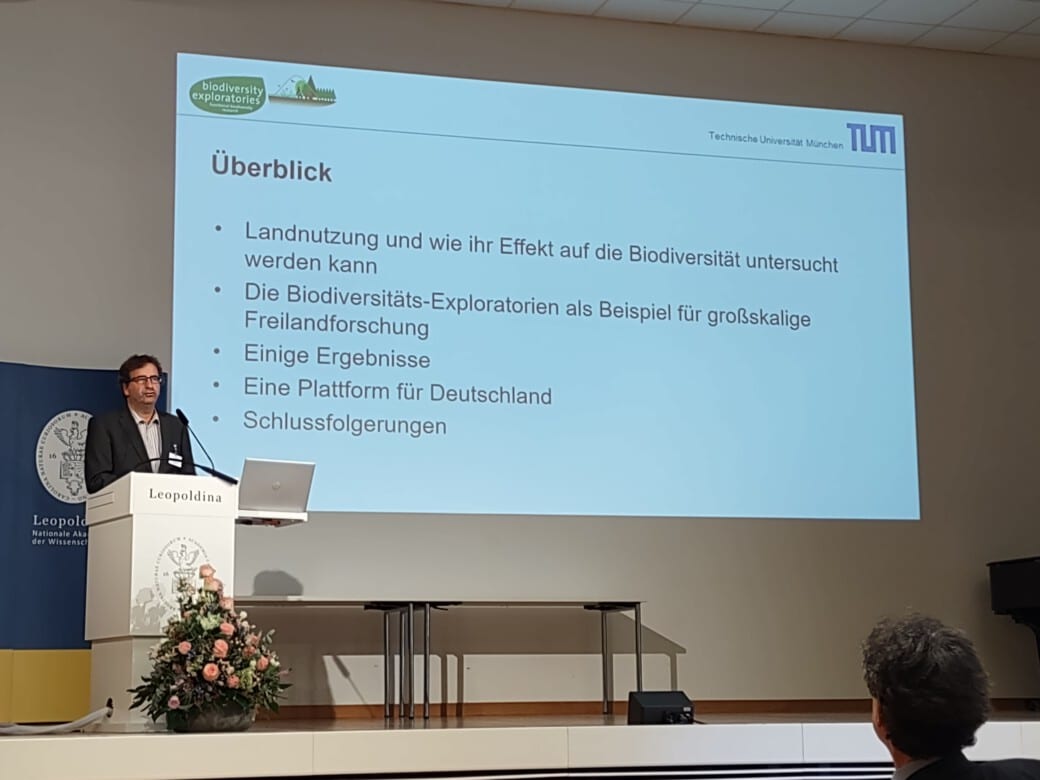 On Saturday 25.9.2021 Wolfgang Weisser presented important results of the Biodiversity Exploratories at the symposium "Biodiversity and the Future of Diversity" on the occasion of the annual meeting of the National Academy of Sciences Leopoldina. The title of the presentation was "Land use and communities in ecosystems - on the need for large-scale field research". 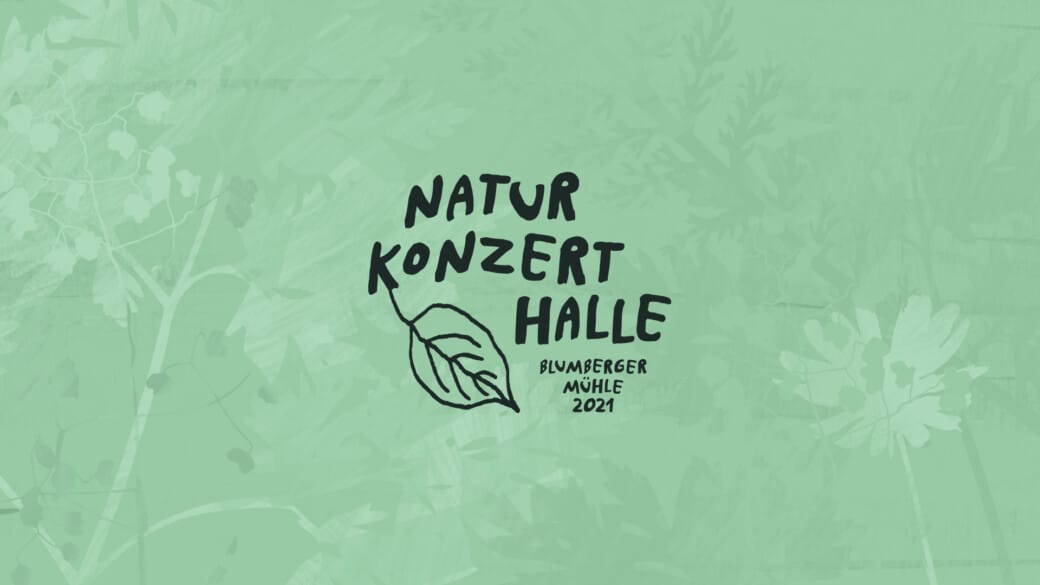 In the context of the Nature Concert Hall, which was organized by the NABU Nature Experience Center Blumberger Mühle on July 19, several video contributions were made around the topic "meadow". Members of the Exploratories also helped out and gave interesting insights on various topics about biodiversity and meadow. In one of the contributions, Dr. Franca Marian from LMT Schorfheide introduces grassland in general with its biodiversity and function and interviews the speaker Prof. Dr. Markus Fischer about the Biodiversity […] 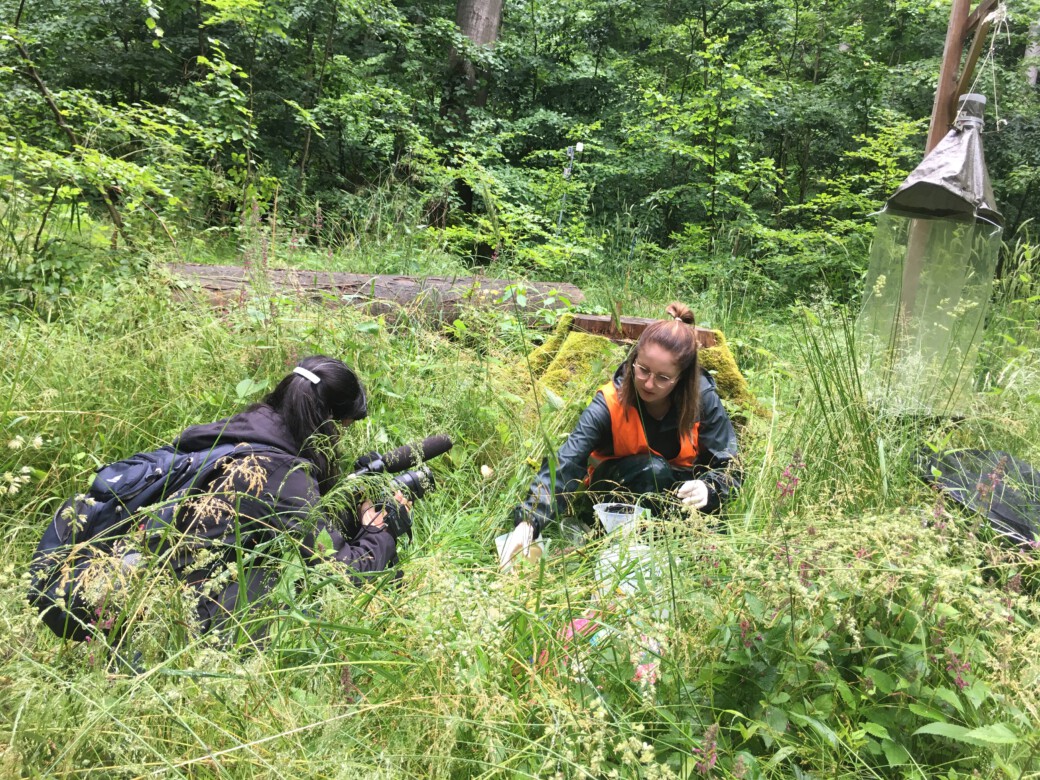 Insect decline: Arte film team shoots about it at the Hainich exploratory

On 01.07.21, a film team of the German-French cultural channel Arte shot a detailed documentary on the subject of insect decline at the Hainich exploratory. Background of the documentary is the book by the French Journalist Stéphane Foucart ("Et le monde devint silencieux. Seuil édition - comment l'agrochimie a dfétruit les insectes détruit"), which hypothesises that pesticides are responsible for insect decline. The research team around Prof. Dr. Wolfgang Weisser from the core project Arthropods primarily showed how insects are […] 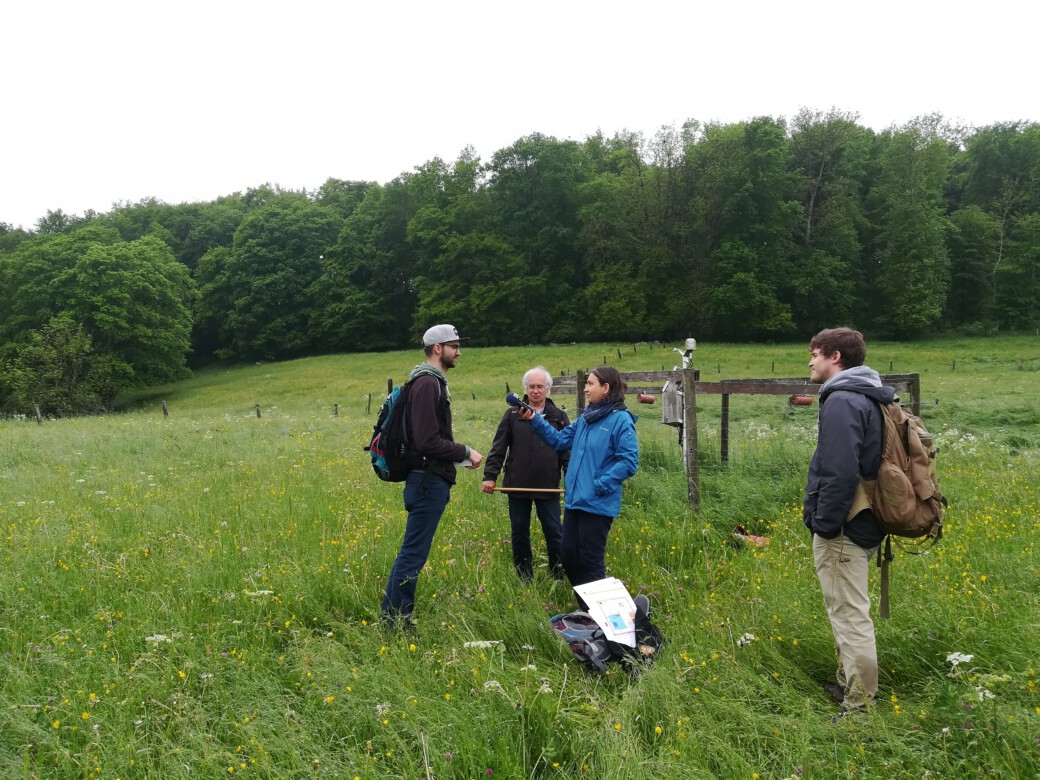 In a radio programme, BR2 reports on research work of the Biodiversity Exploratories and made a visit to the Schwäbische Alb exploratory. The podcast focuses on the one hand on the research work of HealthyPollination, which examines the influence of land use intensity on the pollinator health and pollination performance of bumblebees, and on the other on the Birds & Bats project, which looks at the composition of bird and bat communities along a land-use gradient in cultivated grassland and […] 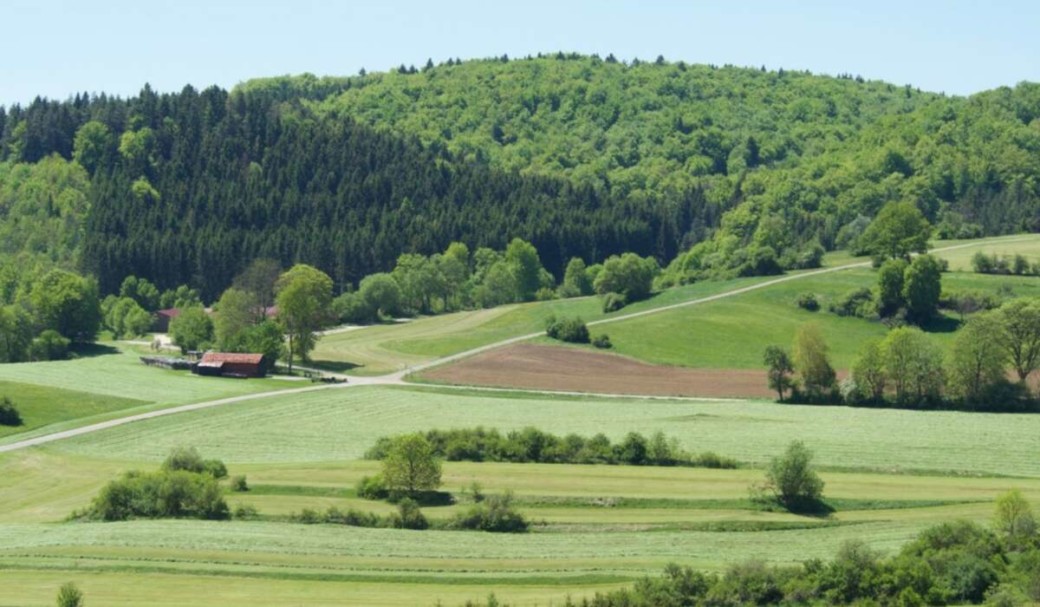 In grassland, the surrounding environment is important for below-ground biodiversity

A new study from the Exploratories shows that previous conservation measures have concentrated on above-ground diversity, but that other factors need to be taken into account for below-ground species. Here, the surrounding environment is particularly important. For more information, please read the press release from the Senckenberg Biodiversity and Climate Research Centre. The publication is open access and available for download. 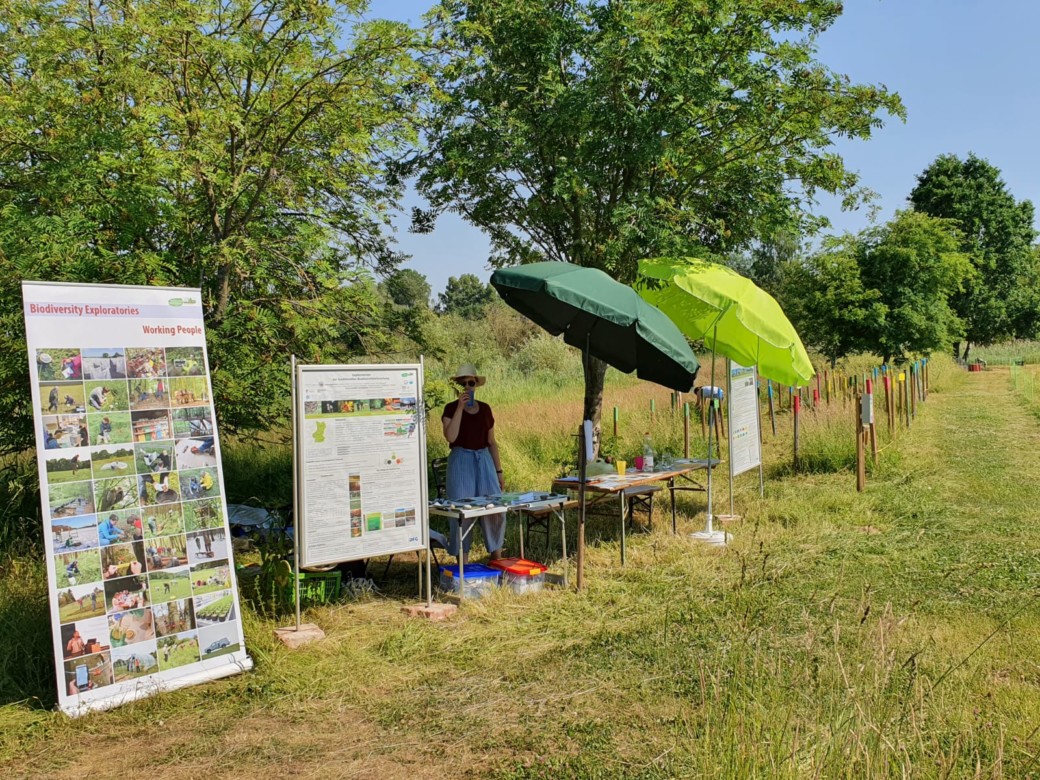 Concert in the midst of nature – Biodiversity Exploratories were there!

Species-rich meadows and pastures were celebrated with a nature concert at the NABU Nature Experience Center Blumberger Mühle on 19 July. The Nature Concert Hall, an innovative event format, offers a unique experience in and with nature. By combining science, culture and art, the diverse habitat of meadow was made tangible with all senses. For the knowledge laboratories, international musicians played together on the meadows of the Blumberger Mühle with a specially composed music. The concert performance will be available […]