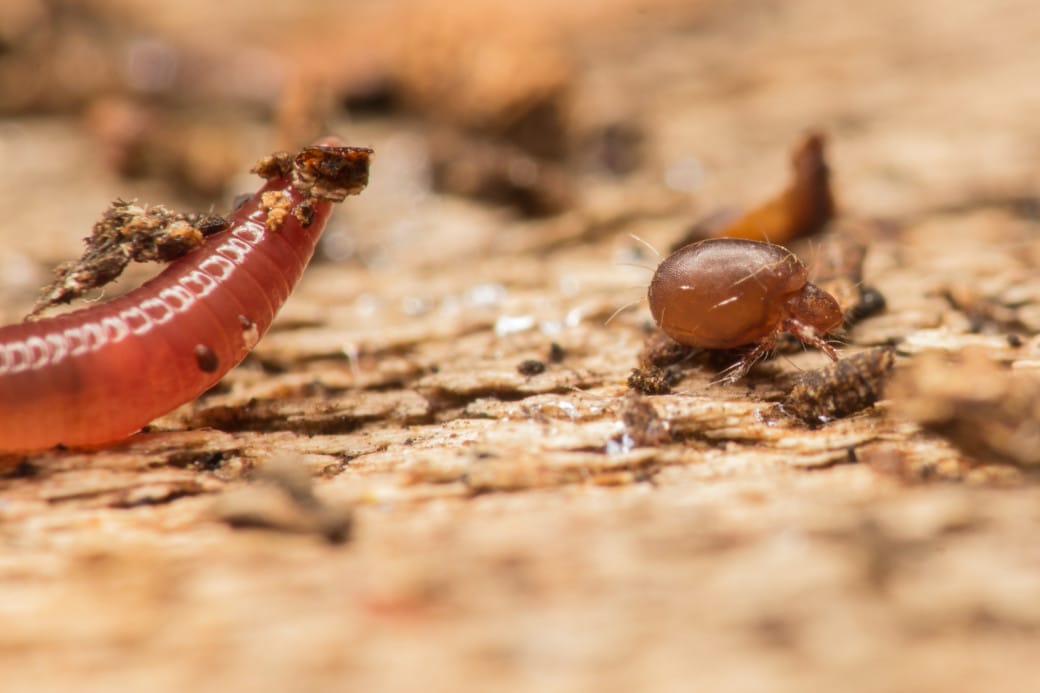 Soil food webs are an essential part of terrestrial ecosystems and closely linked to aboveground systems. In soil, animals act as decomposer of dead organic matter, as root feeders or as ecosystem engineers, which improve soil structure by mixing soil layers. Despite their important role, we know little about these creatures and their interactions due to their small size, high diversity, but also their cryptic life.

We examine the effect of forest land use on the structure of and trophic interactions in soil animal communities. The goals of this project are two-fold: First, we characterise the animal communities of the soil and litter layer in differently managed forests and record shifts in abundance, diversity and biomass over time. We then use these data to study trophic relationships of key species, their trophic position and food resources.

Monitoring and the effect of forest management

We are examining inter-annual shifts in soil animal communities. Species fluctuate between years due to changing abiotic (temperature, precipitation) and biotic factors (changes in competitive interactions, predation or facilitation).

Soil Macrofauna (Fig.1) and Mesofauna (Fig.2) will be extracted from litter and soil separately using the high gradient canister technique (Fig. 3A). Earthworms will be extracted by the mustard method. Soil animals will be identified to species level and abundance, diversity and biomass will be recorded.
Information on microorganisms is essential for the analysis of trophic links in soil animal food webs. 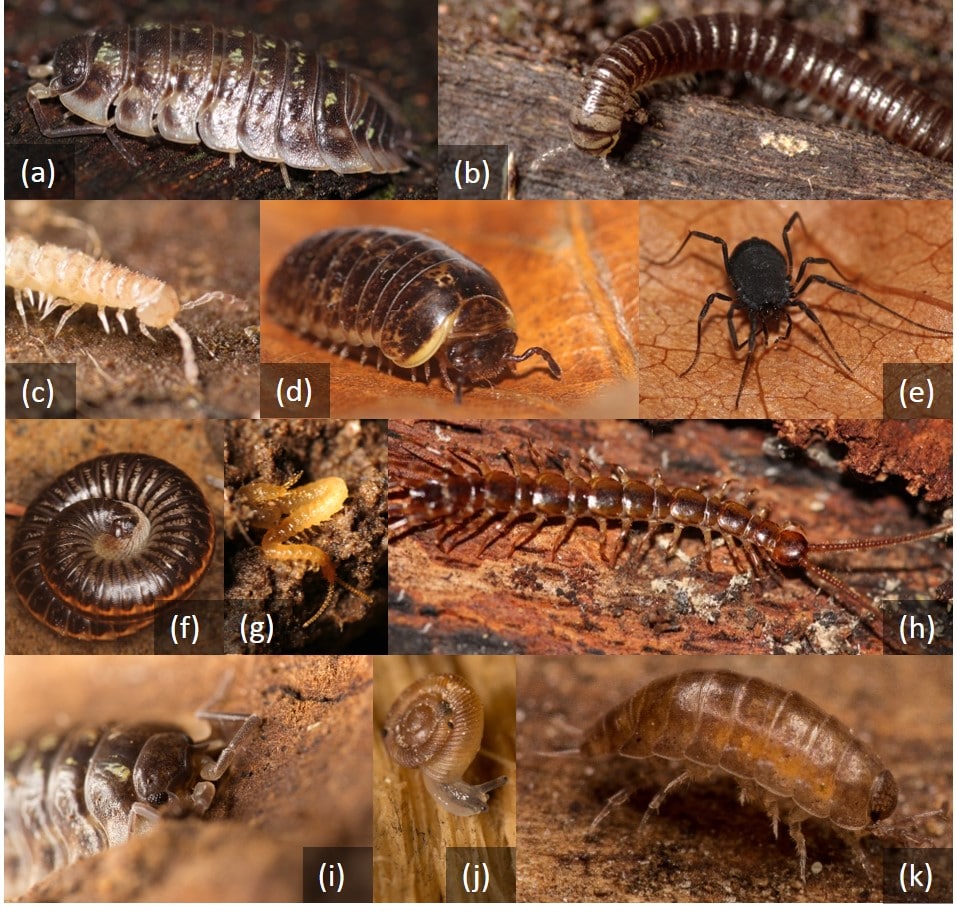 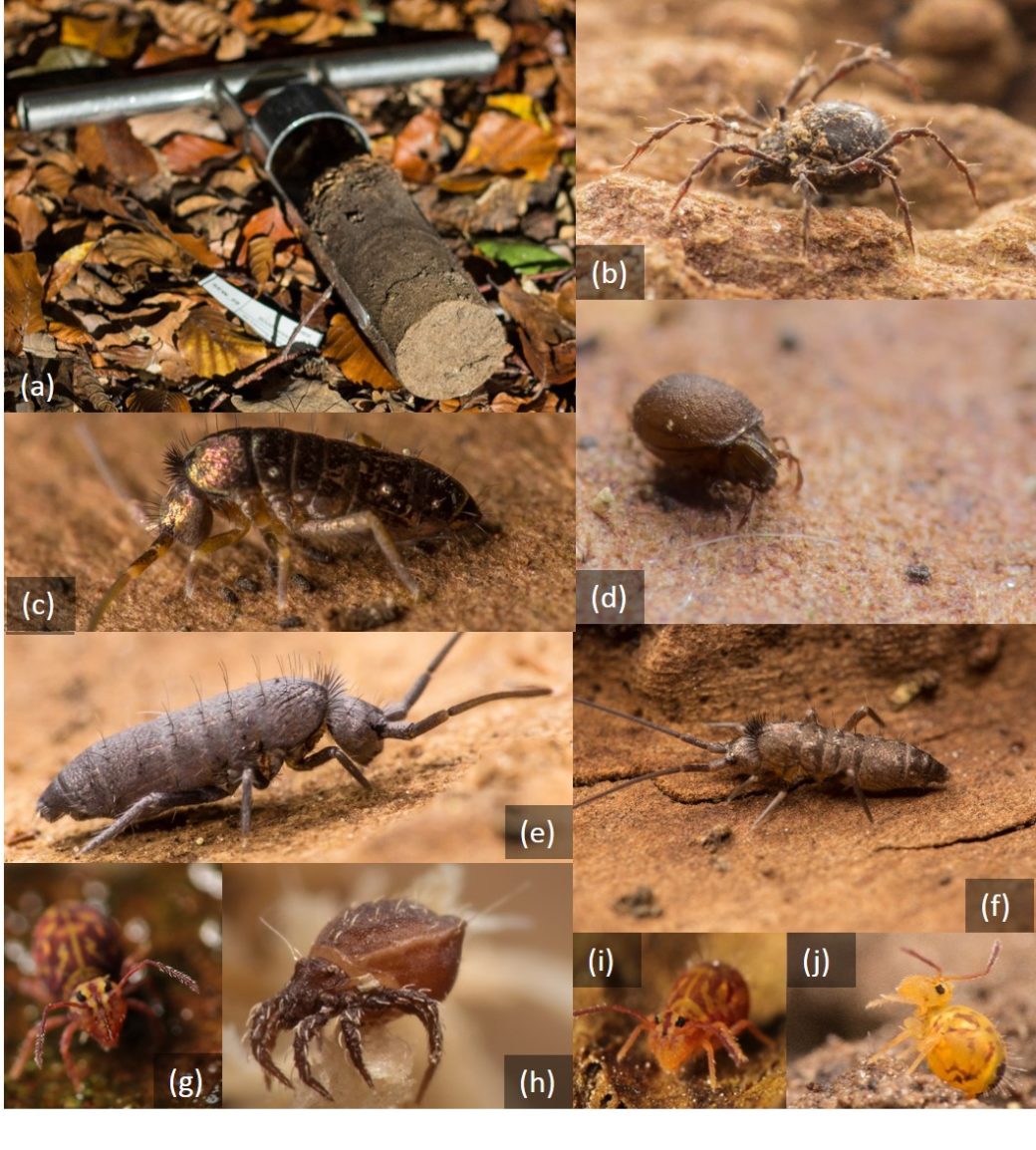 The project aims at filling the gap of knowledge on the role of the fungal and bacterial energy channel for soil animal food webs by focussing on links between microorganisms and microbivores. Collembola are a highly diverse soil animal group feeding mainly on fungi and bacteria. We are concentrating on species in which their diet has been analysed before using stable isotope signatures and fatty acid patterns.

We aim to follow energy fluxes from basal resources, such as fungi, bacteria and plants, through the decomposer food web up to predators, thereby uncovering differences in energy fluxes with management intensity and forest type. We will analyse major groups of meso- and macrofauna at community level, including Collembola, Oribatida, Gamasida, Lumbricida, Diplopoda/Isopoda and Araneida.

As δ13C signatures in amino acids differ between bacteria, fungi and plants due to different biosynthetic pathways, a fingerprinting approach using δ13C values of essential amino acids can differentiate basal resources in consumers. The relative consumption of these resources can be quantified using mixing models. The trophic position of consumers can be calculated using δ15N values of so-called ‘trophic’ and ‘source’ amino acids; the former are strongly enriched with each trophic transfer, whereas the latter are not or only slightly enriched, reflecting the isotopic signature of the basal resource. The trophic position can be calculated from the isotopic difference between these amino acids more accurately than by using bulk isotopic signatures.

The aim of this project is to analyse the response of decomposer communities and the soil food web to forest gap formation as strong disturbance and the presence of deadwood which provides additional niches for the decomposer community. The approach opens the perspective for understanding the stability and long-term recovery of major functions of soil animal communities as well as the recovery of soil animal communities at species level after strong disturbances.

Following the design of the common ‘forest gap experiment’ (FOX) four types of experimental plots will be established within different forest types: undisturbed dense forest, dense forest with deadwood on the forest floor, forest gap with deadwood on the forest floor, and forest gap without deadwood. In each of the experimental plots the soil fauna (Figs 1 & 2) will be extracted from litter and soil using a high gradient canister technique (Fig. 3) and diversity, abundance and biomass will be measured. Earthworms will be extracted by the mustard method and microbial biomass will be measured by the substrate-induced respiration (SIR).

Our project LitterLinks examines the community composition and trophic structure of soil animals, and their microbial resources as related to variations in environmental factors, including forest types and land-use intensity. 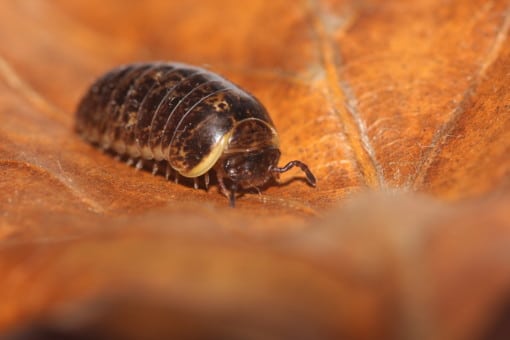 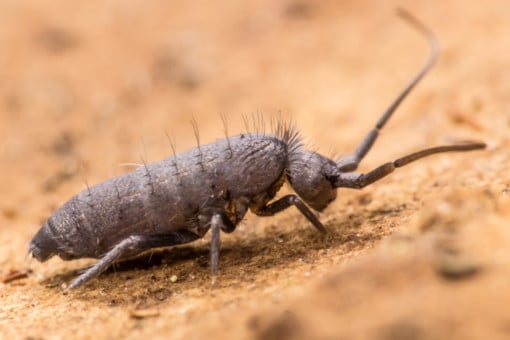