Gap responses in forest insects – from communities to cellular processes 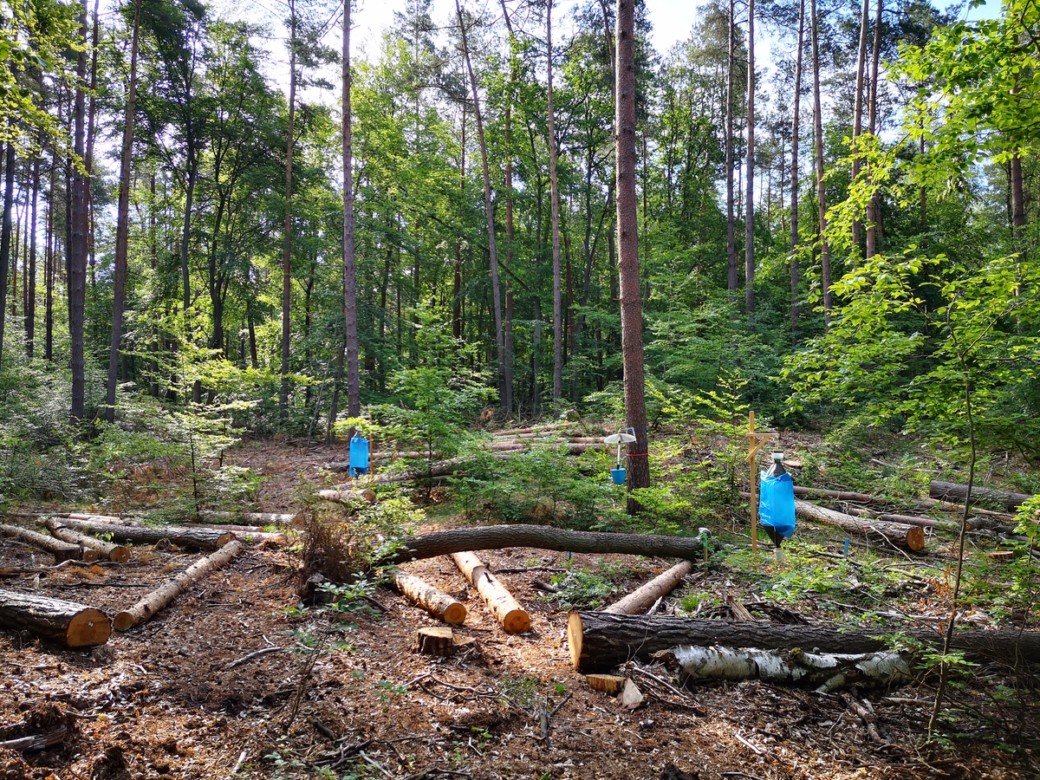 As direct continuation of TreeScape examines the influence of forest structure (especially tree species, canopy density and amount of deadwood) on biodiversity and ecosystem functions. For this, GapResin makes use of the new FOX plots (FOrest gap eXperiment) in which gaps were created experimentally and were fortified with deadwood systematically. This leads to both, strong differences in microclimate and resource availability between gaps and dense forests.

The complex and variable response of insects to macro- and microclimatic changes is increasingly being studied using methods based on functional traits. Here we plan to continue toward a more mechanistic understanding of microclimatic effects of forest structures on specific insect traits like body size, wing morphology or colour. Furthermore, we explore whether this response happens via genetic selection or phenotypic plasticity.

We will compile the above-mentioned species traits for selected groups of insects collected in the current TreeScape project. This will allow with the canopy openness and the topography to draw conclusions as to climatic variations and finally to predict the community response to canopy density. Moreover, we will review the response of the same groups to the new FOX experiment combined with high-resolution measures of temperature, humidity and UV radiation to identify the most important drivers behind the canopy density gradient. We will then analyse trait variation within selected species occurring in both microhabitats. In a last approach, we will perform transcriptome sequencing of selected species of moths and beetles after they were exposed to closed canopy and gap conditions, to identify transcriptional signatures related to microclimate response. 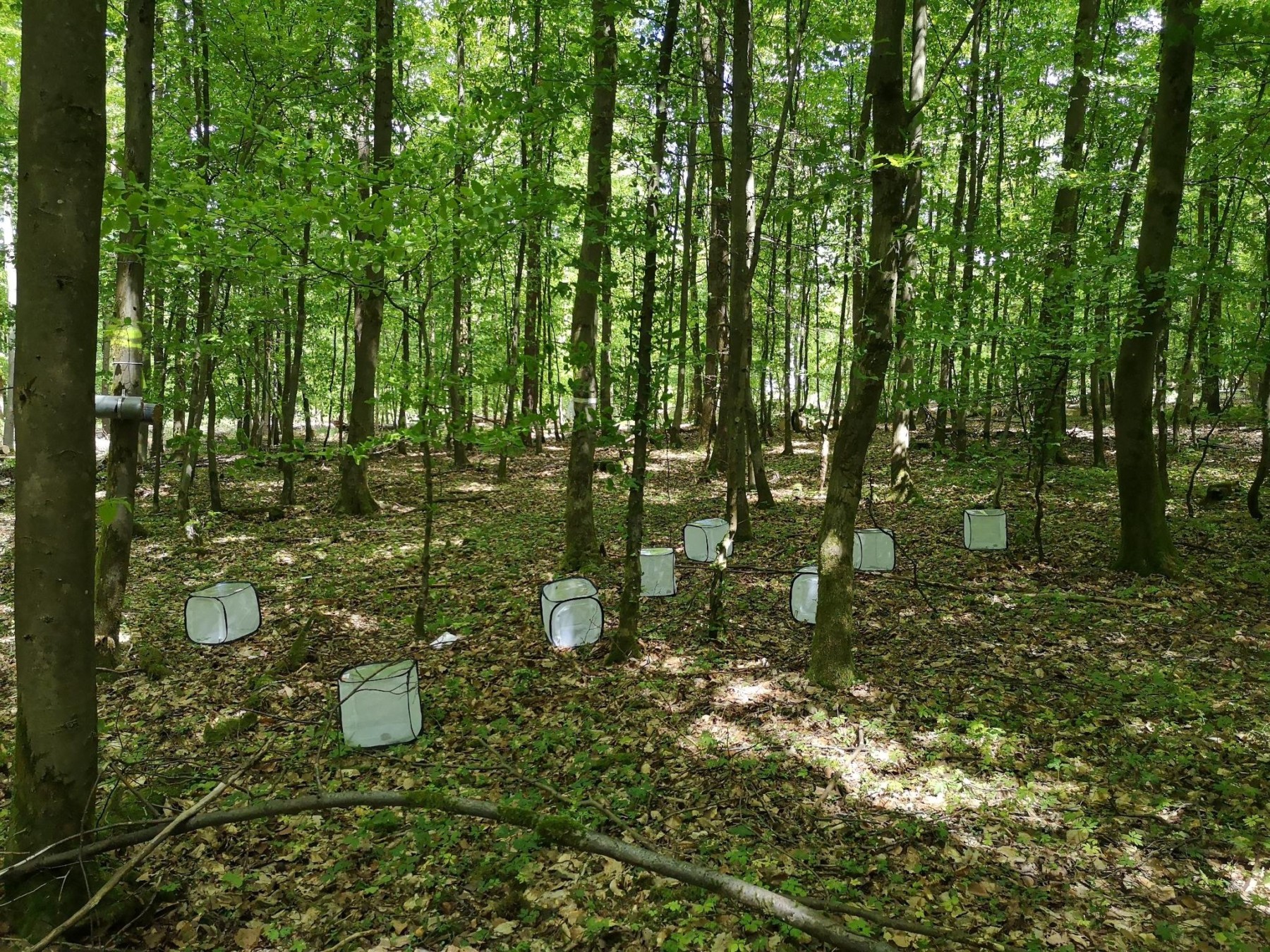 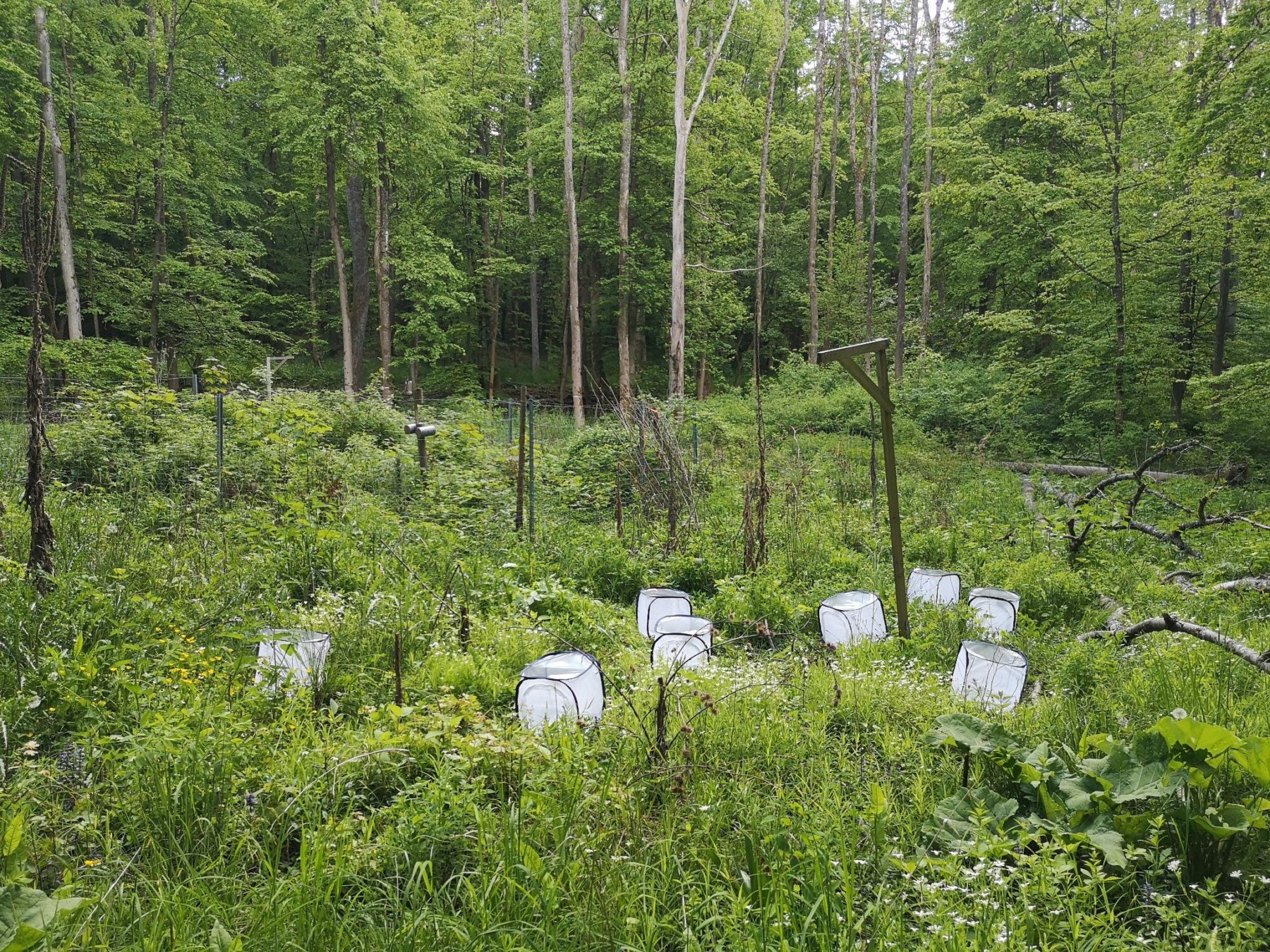 Here, beetles and caterpillars are exposed in gauze cages under an open canopy, and transcriptome analyses are performed afterwards as well. 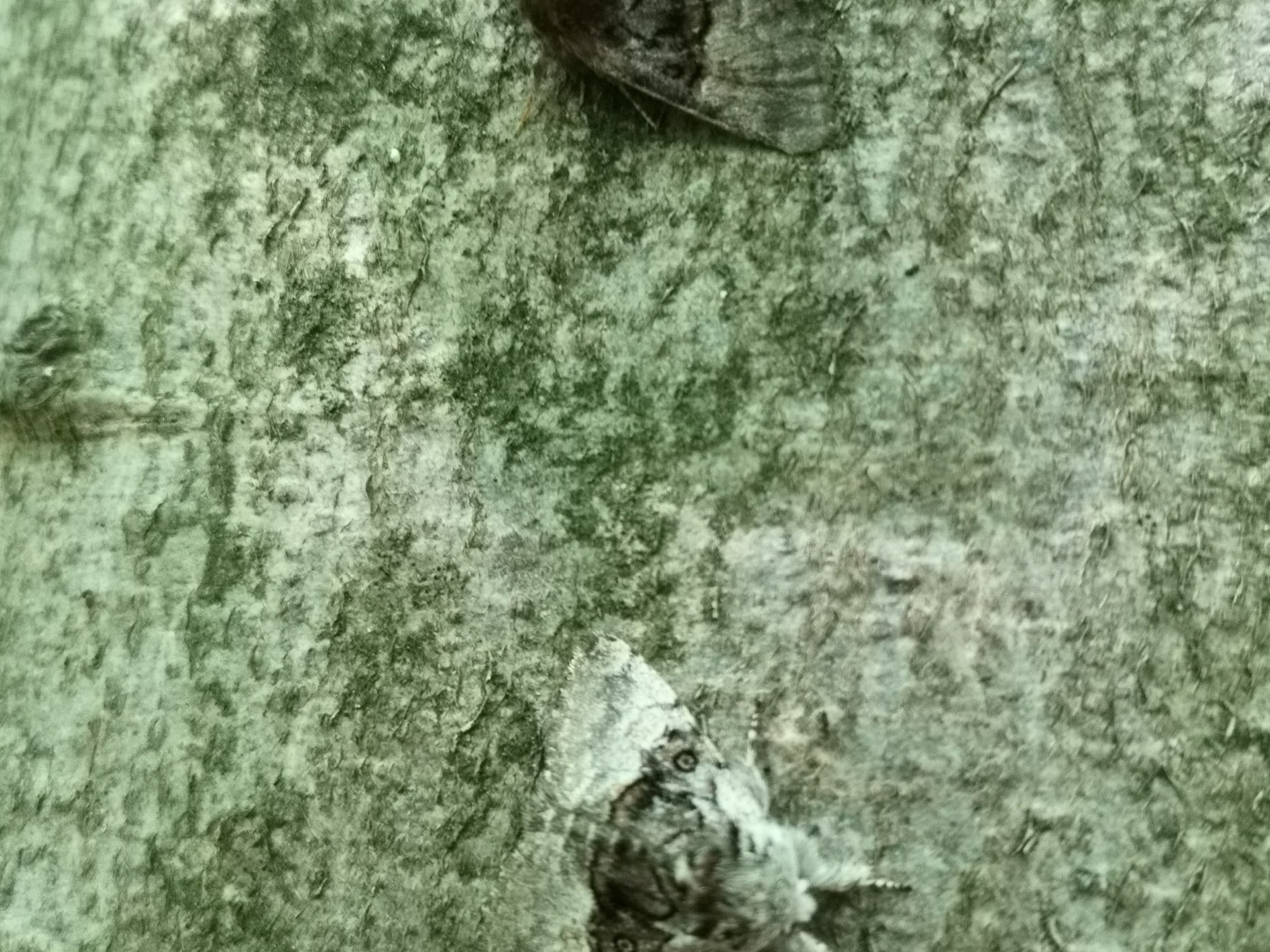 Colocasia coryli, example of a moth with very variable coloration.

To answer our overarching question how insects respond to variation in microclimate mediated by the canopy density, we will test the following hypotheses:

We strive for close cooperation with the several core projects of the Biodiversity Exploratories, namely Arthropods (PI Weisser/Blüthgen),  Instrumentation and remote sensing (PI Nauss/Klein), Forest structure (PI Ammer) and Botany (PI Fischer). Furthermore, we plan to cooperate with the contributing project MicroADAPT. Additionally, we will make use of the results worked out in the current project TreeScape.