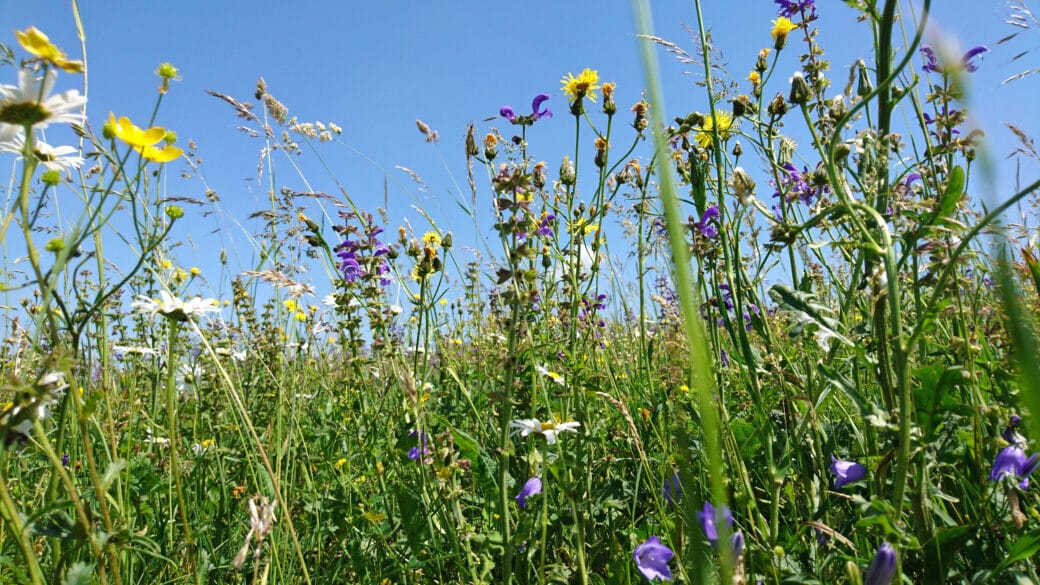 Our primary goal is to understand where different species of plants are growing, why they are growing there, and what effects they may be having on the other plants and the soil.  We will be using computer models with data from grassland plant species found in the three Biodiversity Exploratories in Germany.  Specifically, we are interested in understanding more about how plant trait diversity, or the variety of characteristics found in the plants, affects the number of species in an area.  We predict that greater plant trait diversity will allow greater species diversity.

For example, plant height is an example of a trait.  We predict that two species of plants with different heights will be more likely to be able to coexist than two species of plants with the same height.  The rationale is that one of the plants with the same height will out-compete the other.  In contrast, for plants with two different heights, the shorter plant may be adapted to shade conditions, and therefore be able to coexist with the taller plant.  We are looking at a variety of traits related to plant growth, reproduction, and regeneration.

We also expect that having a diversity of traits will be important under changing environmental conditions.  For example, we know that land use and management patterns have changed, and are changing.  In addition, the weather changes from year to year, and there long-term changes in climate.  We think that communities (groups of species) with a greater diversity of traits, will have fewer species go extinct and will maintain ecosystem processes under changes in environmental conditions.

Finally, we want to know if we can take environmental information, such as temperature or rainfall, and predict what trait values will be present in an area.  Using that information, we want to predict which species are likely to be present, and how their presence might change if either land use or climate changes.

Our primary goal is to integrate species distribution models into a metacommunity model based on functional traits to examine the relationships between trait diversity, long-term species richness, and ecosystem functioning in the context of changes in land use and changes in climate.  Ultimately, we aim to have a model that has predictive power for community composition in real landscapes.

Specifically, we intend to

3) Analyze the metacommunity model for theoretical settings investigating the relationship between response trait diversity and long-term species richness and ecosystem functioning.  This will be done in the context of changing land use and changing climate.

We propose to test the following ecological hypotheses

E1.1: Species with high niche overlap or from different successional stages will have high reciprocal explanatory value in the species distribution models.

Finally, we propose to project species distributions into the future under different scenarios of land-use change and composition, and evaluate these projections.