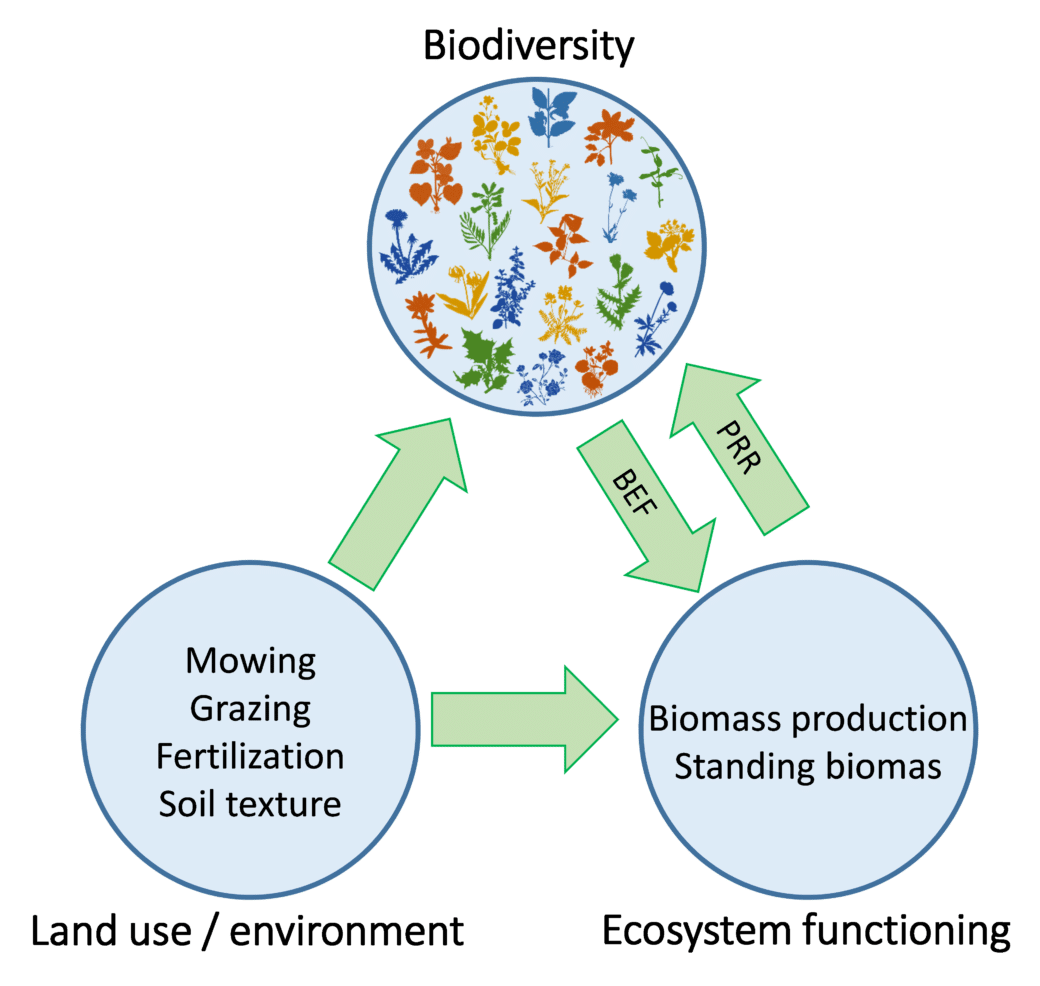 A major question in the field of ecology is how plant species richness is related to grassland biomass production. Ecologists have studied this question from two perspectives, namely the perspective in which biomass production drives variation in plant species richness (Productivity Richness Relationships or PRR), or where a reverse causality is assumed and plant richness drives variation in plant productivity (Biodiversity and Ecosystem Functioning or BEF perspective) (Fig. 1). While PRR and BEF mechanisms may jointly operate and are inherently related, they are typically studied in separation by different researchers representing different schools of thought. However, PRR relationships cannot be fully understood without accounting for BEF relationships, and vice versa, thus limiting our understanding of how both plant diversity and biomass production are driven in grasslands.

The aim of the BEF-Loops project is to compare the relative strength of BEF and PRR associations in driving overall relationships between plant diversity and biomass production in agricultural grasslands. This will be done by combining experiments and comparative observations along a land-use intensity gradient in Germany. In the reduced land-use intensity experiments (REX) and land-use experiments (LEX), factors related to standing biomass removal (grazing and mowing), biomass production (fertilisation) as well as plant diversity (sowing of new species) are manipulated within the same fields, and the relative strength of the effects of these manipulations will be assessed. Within the same fields, data from unmanipulated grasslands will be collected and analysed using structural equation models in order to study the direct and indirect relationships between standing biomass, plant productivity and plant species richness, as well as covarying factors (e.g., soil fertility, light interception, grassland management).