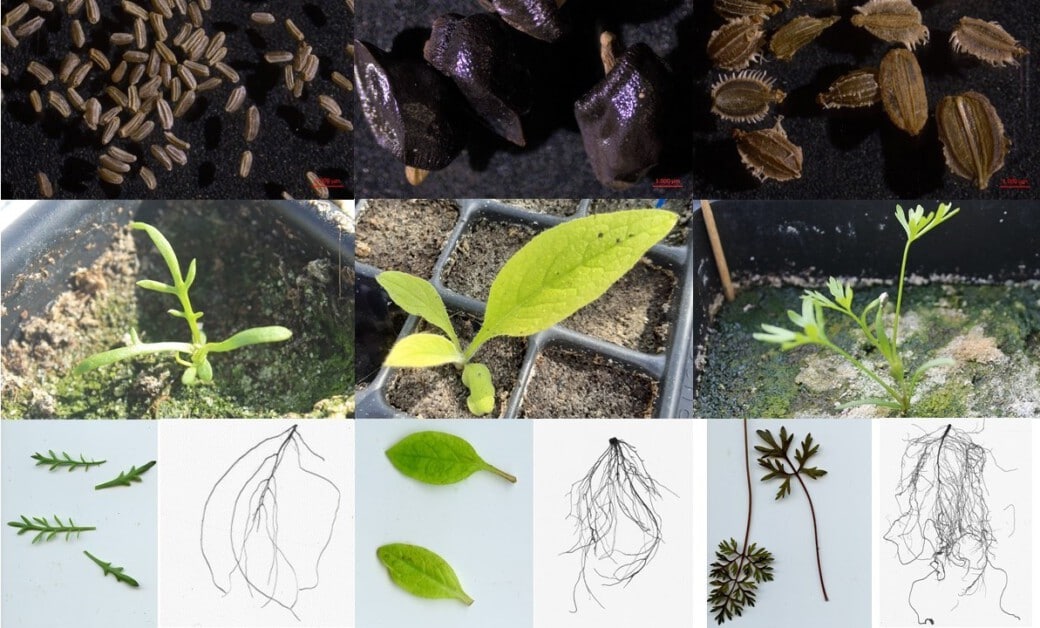 Establishment from seeds is an important demographic process in the life history of plant species. It affects the persistence and stability of plant populations and processes of community assembly. In recent years, the use of trait-based approaches to understand the mechanisms underlying processes of community assembly and its relationships to ecosystem functioning has steadily increased. However, most studies have focussed on above- and belowground traits of adult plants, while traits of seeds and seedlings have received much less attention in trait-based ecology.

Therefore, this project aims to characterise seed and early life-history traits of multiple species occurring in the grasslands of the Biodiversity Exploratories and relate these traits to land-use effects on grassland diversity and processes of community assembly:
(1)  We will analyse morphological and chemical seed traits, and we will conduct a common garden experiment under standardised conditions to measure germination and seedling traits for multiple grassland species that occur in the 150 experimental plots of the Biodiversity Exploratories.

(2)  In a second common garden experiment, we will assess the effects of environmental conditions, which are related to land-use intensity of grasslands, meaning litter presence and fertilisation, on the germination and seedling traits for those grassland species, which are used for the seed addition experiment in the new multi-grassland land-use experiment.

(3)  We will analyse the species richness and density of the viable seed bank in the top soil of the sites included in the new multi-grassland land-use experiment in order to contribute variables related to demographic storage as an important aspect for understanding shifts in plant diversity and composition of the grassland communities in response to reduced land-use intensity.

Finally, we want to use the obtained data on seed and seedling traits in combination with other data from the Biodiversity Exploratories to test how the occurrence and abundance of plant species in grassland of different land-use intensity relates to traits characterising regeneration from seeds.