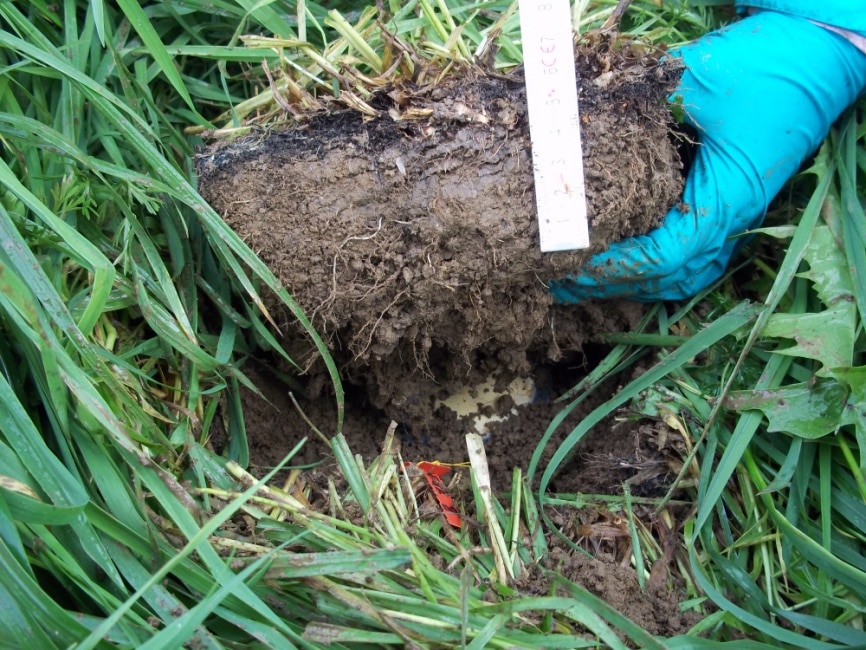 Project phase 2014-2017 investigated the influence of land-use intensity on microbial abundance and function in grassland soils across a range of scales. In the first and second phase of the Biodiversity Exploratories project we found that land-use intensification alters the spatial distribution in soil microbial communities at the plot scale (10 m x 10 m). We demonstrated that most of the spatial variance can be explained only at small scales (<12 cm) or large scales (>10 m). Consequently, we focused our interest in the phase 2014-2017 towards these small- and large-scales.

We identified mechanisms that shape small-scale spatial patterns and link them to variations in land-use intensity. We investigated the following mechanisms that contribute to the development of spatial heterogeneity in soil microbial communities: (1) colonization of new surfaces (minerals, organo-mineral complexes and litter) and (2) resource partitioning between bacteria and fungi in the detritusphere and rhizosphere. These experiments provided novel insights into the physical and chemical niches occupied by soil microorganisms over time under different land-use intensities.

Reactive soil minerals, partially coated with dissolved organic matter (13C labelled artificial model exudates), were placed in mesh bags and buried in soils of selected grassland sites with contrasting land-use intensities (LUI) to assess the colonization and sorption of specific groups of microorganisms to mineral surfaces. In addition, we buried mesh bags filled with reactive soil minerals mixed with 13C and 15N labelled roots of Dactylis glomerata in the same grassland soils to assess how rapidly soil microorganisms and plants use this resource in soils of different LUIs. The exposure for the two different experiments were 6 months for the artificial root exudates and 31 months for the labelled roots. We used physiological, microbiological and isotopic methods to elucidate in situ colonization patterns, carbon use and levels of extracellular enzyme expression by soil microorganisms associated with mineral surfaces. 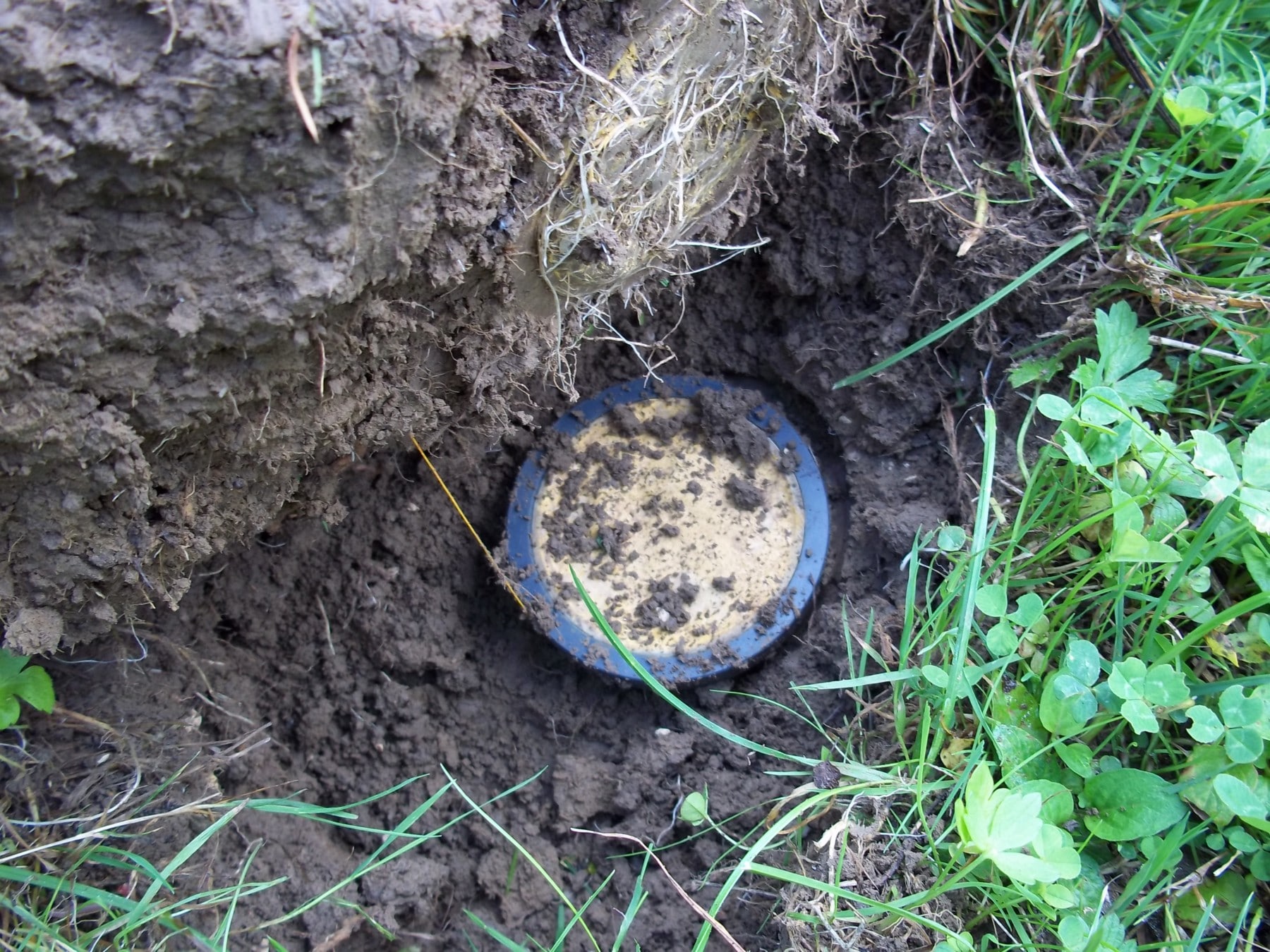 Mineral containers being removed from the grassland soil. 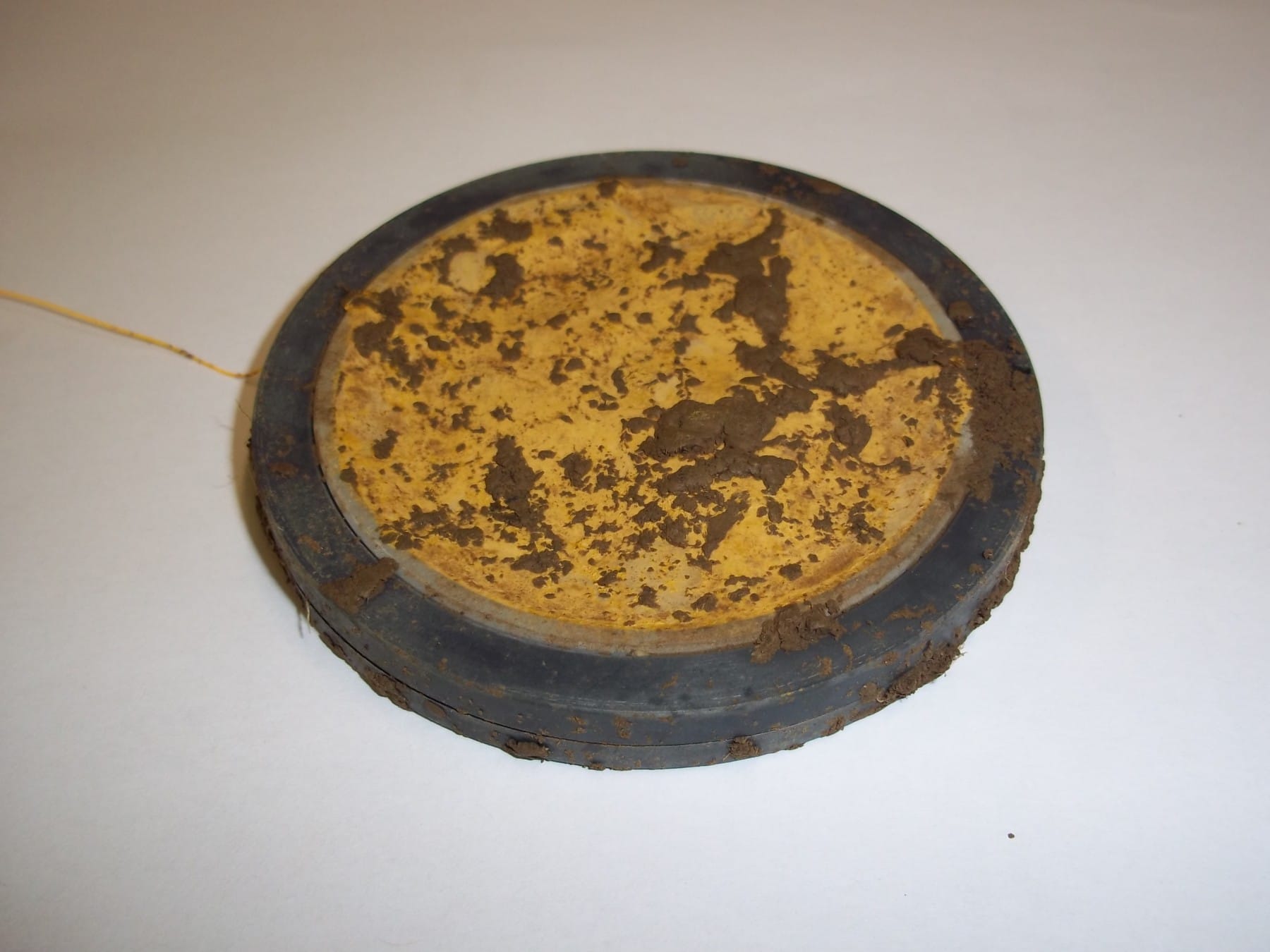 Microorganisms slowly colonized pristine mineral surfaces and established functionally distinct communities over time (Kandeler et al. 2019, Vieira et al. 2020). Fungi colonized mineral surfaces to a greater extent than bacteria, reaching 13.2% of control soils compared to 3.2% by bacteria after 31 months. Fungi also reached pristine mineral surfaces earlier than bacteria, probably due to their hyphal growth strategies, and made immediate use of the added complex root litter substrate. This result is evident by the incorporation of up to 74% root litter-derived C into the fungus-specific PLFA (18:2ω6,9) compared to 51% root litter-derived C in the bacteria-specific PLFAs. Both bacteria and fungi associated with minerals remained in an active state (high biomass-specific respiration, high bacterial and fungal growth rates) throughout the experimental period. Grassland LUI and physico-chemical properties of the adjacent soil modified both quantity and quality of substrates available to soil microorganisms in the mineralosphere. Since 13C-incorporation into microbial biomass was greater under low LUI than under high LUI, we conclude that microorganisms in low LUI sites had to rely on the added root material, while the carbon signal in microorganisms in the high LUI sites was diluted by alternative sources resulting from transport of dissolved organic carbon into the mineralosphere.

FTIR spectra indicated that mineral-associated artificial root exudates (ARE) were used within the first 2 weeks of exposure and were replaced by other carbohydrates derived from living or dead cells as well as soil-borne C sources transported into the mineralosphere after heavy rain events (Boeddinghaus et al. 2021). Fungi and Gram-positive bacteria incorporated ARE-derived C more rapidly than Gram-negative bacteria. Gram-negative bacteria presumably profited indirectly from the ARE by cross-feeding on mineral-associated necromass of fungi and Gram-positive bacteria. The Gram-negative bacterial phyla Verrucomicrobia, Planctomycetes, Gemmatimonadetes, Armatimonadetes, and Chloroflexi showed a positive correlation with Gram-negative PLFA abundances. After 24 weeks of exposure in the grassland soils, abundances of soil microorganisms in the mineralosphere reached only 3.1% of the population density in soil. In conclusion, both bacteria and fungi slowly colonize new surfaces such as pristine minerals, but quickly assimilate artificial root exudates, creating an active microbial community in the mineralosphere. 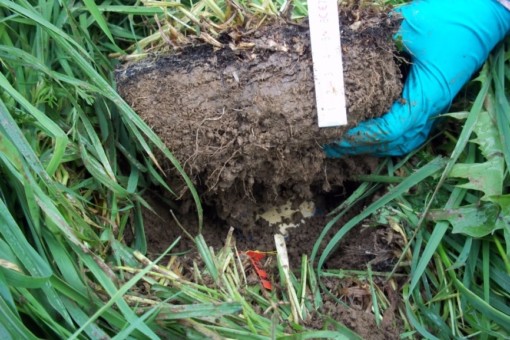