The evolutionary impact of land use: quantitative genetic diversity and phenotypic selection of grassland plants in the Biodiversity Exploratories

Human impact on biodiversity does not only have an ecological but also an evolutionary dimension. Within the project QuantGen we focus on the impact of land-use intensity on genetic variation and evolutionary changes of several species of grassland plants.
Land-use, as an anthropogenic process, is expected to alter the genetic composition of species as well as the selection pressures acting upon them. The resulting evolutionary changes may have significant effects on persistence of populations, ecological interactions with other species and ecosystem processes. Therefore, the genetic differentiation between populations in ecologically important quantitative traits, and the within-population diversity of the same traits are studied in relation to land use intensity in three German landscapes of the Biodiversity Exploratories.

H2. Land use intensity influences both direction and strength of phenotypic selection in plant populations.

H3. Populations of grassland plants are locally adapted to land use intensity.

In summer 2008, seeds of nine grassland species were collected from a large range of sites (the experimental plots). To quantify quantitative-genetic variation between and within populations, we grow offspring of each population under the same conditions in a common garden. We will measure plant traits that are considered to be relevant in the context of land-use intensity, regarding phenology, morphology, plant growth, and reproduction. Overall, more than 5,000 plant individuals will be grown in the common garden. Statistical analyses will allow estimating heritability (h²) as well as population differentiation (QST) of these traits, and correlation analyses with land-use parameters will give valuable insights into the effect of land-use on microevolution within plant species. Moreover, we will compare genetic variation within species with species diversity of the communities to test whether different levels of diversity respond similarly to land use.
Finally, we will link our data on population differentiation in the traits measured with data from neutral markers (Project GenLink) to assess the relative importance of local adaptation and genetic drift for population divergences. 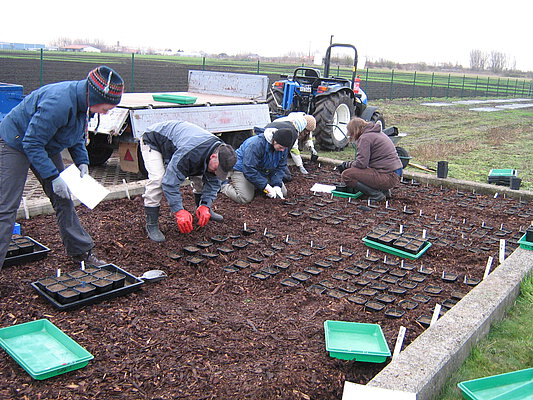 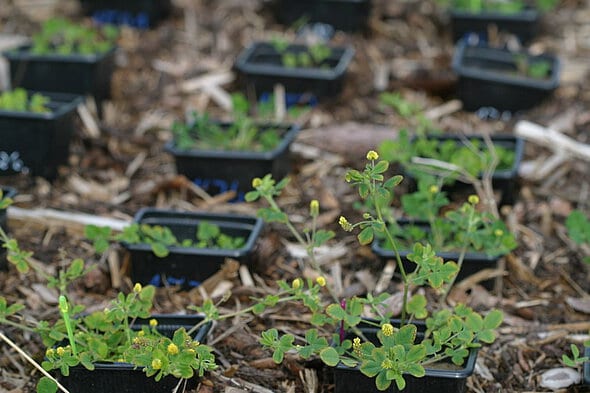